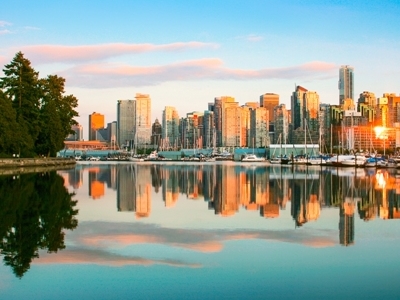 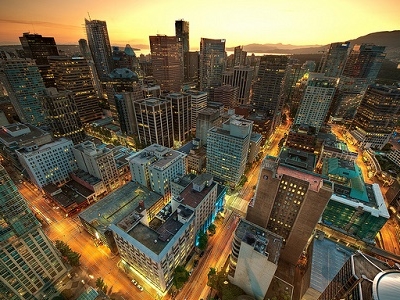 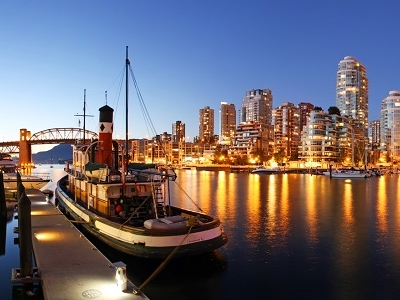 Vancouver is a coastal seaport city on the mainland of British Columbia, Canada.Vancouver lies between Burrard Inlet to the north and the Fraser River to the south.Vancouver has ranked highly in worldwide "liveable city" rankings for more than a decade according to business magazine assessments.Port Metro Vancouver is the busiest and largest port in Canada, and the most diversified port in North America.Vancouver is well known as an urban centre surrounded by nature, making tourism its second-largest industry.

Major film production studios in Vancouver and Burnaby have turned Metro Vancouver into the third-largest film production centre in North America after Los Angeles and New York City.A prominent addition to the city's landscape is the giant tent-frame Canada Place, the former Canada Pavilion from the 1986 World Exposition, which includes part of the Convention Centre.Vancouver is home to many museums such as:Vancouver Maritime Museum,H. R. MacMillan Space Centre,Vancouver Museum and Museum of Anthropology at UBC.

Vancouver has a vibrant nightlife scene, whether it be food and dining, or bars and nightclubs. The Granville Entertainment District has the city's highest concentration of bars and nightclubs with closing times of 3am, in addition to various after-hours clubs open until late morning on weekends. The street can attract large crowds on weekends and is closed to traffic on such nights. Gastown is also a popular area for nightlife with many upscale restaurants and nightclubs.

The mild climate of the city and close proximity to ocean, mountains, rivers and lakes make the area a popular destination for outdoor recreation.The city has several large beaches, many adjacent to one another, extending from the shoreline of Stanley Park around False Creek to the south side of English Bay.The 18 kilometres (11 mi) of beaches include Second and Third Beaches in Stanley Park, English Bay (First Beach), Sunset, Kitsilano Beach, Jericho, Locarno, Spanish Banks, Spanish Banks Extension, Spanish Banks West, and Wreck Beach. There is also a freshwater beach at Trout Lake. The coastline provides for many types of water sport, and the city is a popular destination for boating enthusiasts

Here's the our members favorite photos of "Cities in British Columbia". Upload your photo of Vancouver!

Going to Vancouver? Get answers from our friendly locals