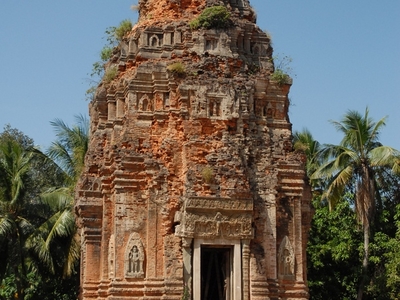 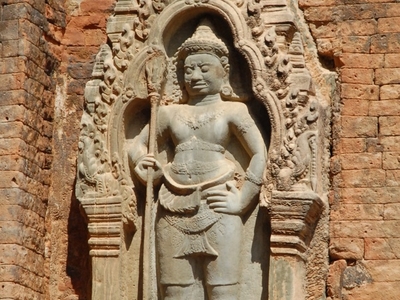 Lolei (Khmer: ប្រាសាទលលៃ) is the northernmost temple of the Roluos group of three late 9th century Hindu temples at Angkor, Cambodia, the others members of which are Preah Ko and the Bakong. Lolei was the last of the three temples to be built as part of the city of Hariharalaya that once flourished at Roluos, and in 893 the Khmer king Yasovarman I dedicated it to Shiva and to members of the royal family.

The name "Lolei" is thought to be a modern corruption of the ancient name "Hariharalaya," which means "the city of Harihara." Once an island temple, Lolei was located on an island slightly north of centre in the now dry Indratataka baray, construction of which had nearly been completed under Yasovarman's father and predecessor Indravarman I. Scholars believe that placing the temple on an island in the middle of a body of water served to identify it symbolically with Mount Meru, home of the gods, which in Hindu mythology is surrounded by the World oceans.

The temple towers are known for their decorative elements, including their false doors, their carved lintels, and their carved devatas and dvarapalas who flank both real and false doors. Some of the motifs represented in the lintels and other sandstone carvings are the sky-god Indra mounted on the elephant Airavata, serpent-like monsters called makaras, and multi-headed nagas.

Here's the our members favorite photos of "Temples in Siem Reap". Upload your photo of Lolei!

Going to Lolei? Get answers from our friendly locals