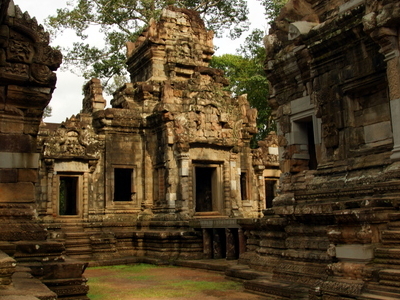 Chau Say Tevoda (Khmer: ប្រាសាទចៅសាយទេវតា)is a temple at Angkor, Cambodia. It is located just east of Angkor Thom, directly south of Thommanon across the Victory Way (it pre-dates the former and post-dates the latter). Built in the mid-12th century, it is a Hindu temple in the Angkor Wat style. From 2000 to 2009 access was restricted as the temple was under restoration in a project initiated by the People's Republic of China. Chau Say Tevoda reopened in late 2009 and is fully accessible.

Here's the our members favorite photos of "Temples in Siem Reap". Upload your photo of Chau Say Tevoda!

Going to Chau Say Tevoda? Get answers from our friendly locals