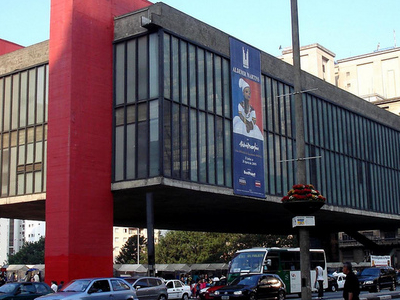 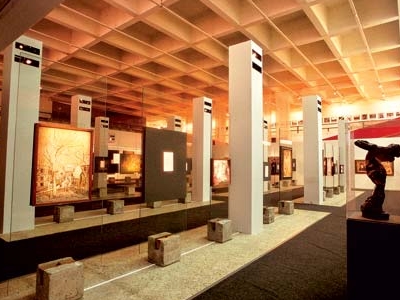 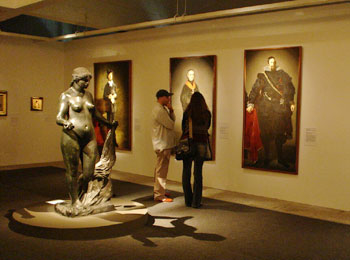 The São Paulo Museum of Art (in Portuguese, Museu de Arte de São Paulo, or MASP) is an art museum located on Paulista Avenue in the city of São Paulo, Brazil. It is well known for its headquarters, a 1968 concrete and glass structure designed by Lina Bo Bardi, whose main body is supported by two lateral beams over a 74 meters freestanding space, considered a landmark of the city and a main symbol of modern Brazilian architecture.

The museum is a private non-profit institution founded in 1947 by Assis Chateaubriand and Pietro Maria Bardi. MASP distinguished itself for many important initiatives concerning museology and art education in Brazil, as well as for its pioneering role as a cultural center. It was also the first Brazilian museum interested in Post-World War II artistic tendencies.

The museum is internationally recognized for its collection of European art, considered the finest in Latin America and all Southern Hemisphere. It also shelters an emphatic assemblage of Brazilian art, prints and drawings, as well as smaller collections of African and Asian art, antiquities, decorative arts, and others, amounting to more than 8,000 pieces. MASP also has one of the largest art libraries in the country. The entire collection has been named by Brazil's Institute of History and Art to the Brazilian National Heritage list.

The Collection:
The Formation of the Collection:
The main body of the collection was gathered between 1947 and 1960. Pietro Maria Bardi, formerly owner of commercial galleries in Milan and Rome, was in charge of searching and selecting the works which should be acquired, while Chateaubriand had to look for donors and patrons who shared his dream of endowing the country with a museum of international standard. Although many spontaneous donations had been registered, Chateaubriand gained reputation for using bold methods of persuasion. Endorsed by the influence of his Diários Associados Press, he negotiated with announcers his gathering of funds. After that, he rewarded the donors with the title of patrons, celebrating each new acquisition with banquets, speeches and even student parades in the streets of São Paulo, as happened at the arrival of Van Gogh's The Student.

Overview of the Collection:
The São Paulo Museum of Art collection is considered the largest and more comprehensive collection of Western art in Latin America and all Southern Hemisphere. Among the 8,000 works of the museum, the collection of European paintings, sculptures, drawings, engravings, and decorative arts stands out. The French and Italian schools are more broadly represented, forming the main body of the collection, followed by Spanish, Portuguese, Flemish, Dutch, English and German masters.

The museum also keeps a significant collection of Brazilian art and Brasiliana, which witnesses the development of Brazilian art from 17th century to nowadays. Still in the context of Western art, the museum possesses important holdings of Latin and North American art. In a smaller scale, the museum's holdings contemplate representative objects of many periods and distinct non-Western civilizations - such as African and Asian arts - and others which stand out for their archaeological, historic and artistic relevance, like the select collections of Egyptian, Etruscan, Greek and Roman antiquities, besides other artifacts of Pre-Columbian cultures and medieval European art.

Here's the our members favorite photos of "Museums in Sao Paulo". Upload your photo of São Paulo Museum of Art!

Going to São Paulo Museum of Art? Get answers from our friendly locals

Connect with Sebastián Hermida, Sanjay Banerjee and 1 other members who have already visited São Paulo Museum of Art.