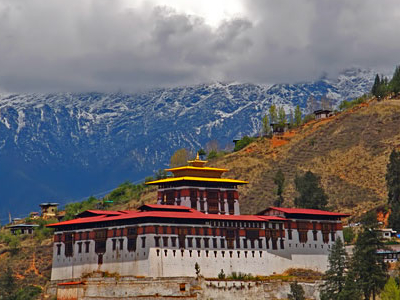 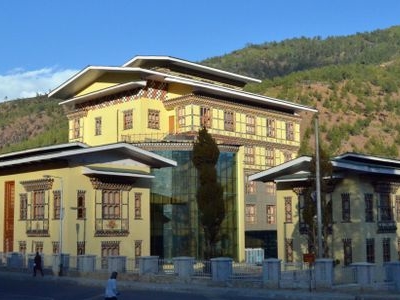 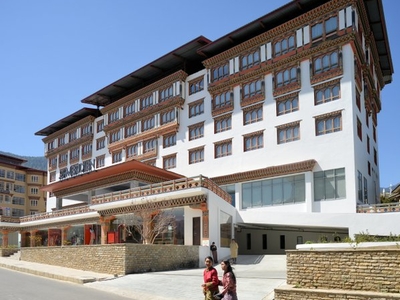 More Photos >
Save me
Been here
Want to go
Show on Map
Here to help 779 tour guides, 233 locals and 3 ambassadors

The Kingdom of Bhutan, a gem in the eastern Himalayas, areas 38,394 square km. and is populated with just little above 600,000. Looking from a natural side, Bhutan is a gem in the Himalayas. Fauna and flora flourishes in great varieties as the terrain rises from southern foothills (150m above sea level) to unclimbed peaks over 7000m. Delve into the 8th century and follow the trails of Guru Padmasambhava’s legendary travel through Bhutan. Legend says that he flew to the cliff s of Taktsang on the back of a tigress. Taktsang temples (Tiger’s Nest), built on the cliff s above the valley of Paro, is one of the highest holy Buddhist spots in the World. Anybody with a taste of Tantric form of Mahayana Buddhism will find Bhutan spiritually delightful.

The Dzong builder, Zhabdrung Ngawang Namgyal, unified the country under one rule in the 17th century. He codified a comprehensive system of laws and built Dzong’s that nowadays serves as religious and administrative centers. Pre-Buddhist faith in Bhutan was animism and nature worship. This animist tradition protected the uniqueness of Bhutan’s social, cultural and ecological tradition.

Art and paintings are also important aspects of Bhutanese culture and they bear testimony to the spiritual depth of Bhutanese life. The festivals are also great social and spiritual ceremonies that awe both Bhutanese and visitors. Nowhere in the Himalayas is the natural heritage more rich and varied than in Bhutan. Because of the deep traditional reverence which the Bhutanese have for nature, the kingdom is one of the leading countries in environmental conservation. Over 70% of Bhutan’s land area is still under forest cover. Many parts of the country have been declared wildlife reserves, and are the natural habitats of rare species of both flora and fauna.

Opened for tourism in 1974, after the coronation of the Fourth King, His Majesty Jigme Singye Wangchuck, Bhutan is perhaps the world’s most exclusive tourist destination. The country still retains all the charm of the old world, and travellers experience the full glory of this ancient land as embodied in the monastic fortresses, ancient temples, monasteries and chortens which dot the countryside, prayer flags fl uttering above farmhouses and on the hillsides, lush forests, rushing glacial rivers, and – perhaps most important of all – the warm smiles and genuine friendliness of the people. Each moment is special as one discovers a country which its people have chosen to preserve in all its magical purity.

Here's the our members favorite photos of "Countries in Asia". Upload your photo of Bhutan!

Going to Bhutan? Get answers from our friendly locals