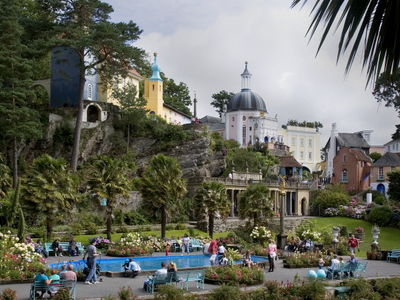 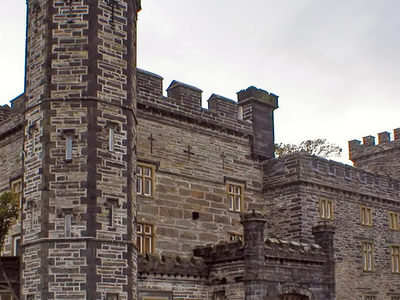 Portmeirion is a popular tourist village in Gwynedd, North Wales. The main building of the hotel, and the cottages called "White Horses", "Mermaid" and "The Salutation" had been a private estate called Aber, developed in the 1850s, itself on the site of a foundry and boatyard which was active in the late 18th century. Williams-Ellis changed the name, which he interpreted as "frozen mouth", to Portmeirion - Port to place it on the coast, Meirion from the county of Merioneth / Meirionydd, in which it then lay.

Here's the our members favorite photos of "Towns & Villages in Gwynedd". Upload your photo of Portmeirion!

Going to Portmeirion? Get answers from our friendly locals