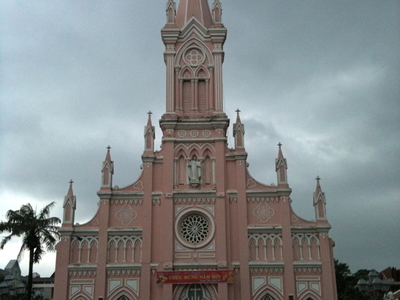 The diocese of Đà Nẵng (Latin: Dioecesis Danangensis) is a Roman Catholic diocese in central Vietnam. The bishop is Joseph Chau Ngoc Tri since 2006. The creation of the diocese in present form was declared January 18, 1963. The diocese covers an area of 11,690 km², and is a suffragan diocese of the Archdiocese of Huế. By 2004, the diocese of Đà Nang had about 57,870 believers (2.7% of the population), 68 priests and 38 parishes.

Here's the our members favorite photos of "Churches in Da Nang". Upload your photo of Roman Catholic Diocese of Đà Nẵng!

Sunrise Travel is the only Touristlink member to visit Roman Catholic Diocese of Đà Nẵng. Have you been here? Click here to save it.