Namibia is a land of much natural beauty. One of its most dominant features, and the one for which the country is named, is the Namib Desert that stretches for nearly a 1000 km along the Atlantic coast. As one of the oldest deserts in the world, its sand takes on a distinctive rust colour and it has some of the highest sand dunes in the world. Sossusvlei is the most accessible part of the desert and is a magical place with its towering dunes that shift hues as the sun rises and sets.

Namibia's national parks are an excellent place to start and one of the most famous is Etosha National Park in Northern Namibia. The park surrounds the Etosha salt pan, which attracts animals, particularly in the drier winter months, because it is a source of water in a very dry land.

Do you know this member? If you have taken a trip or used their services we recommend you give a reference whether its positive or negative. This will help everyone on Touristlink make better choices and will help providers to make improvements based on your feedback.

Add a Review »
Starting price per adult *
US$ 2,950
inquire
This trip is fully customizible 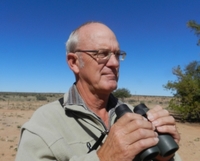