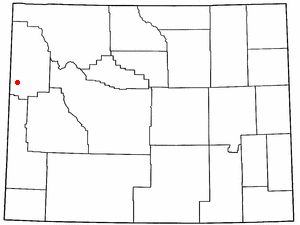 The town sits at the base of Teton Pass. According to the United States Census Bureau, the CDP has a total area of 23.3square miles (60.3vf), of which, 23.1square miles (59.9Square kilometers) of it is land and 0.2square miles (0.4Square kilometer) of it (0.69%) is water. Wilson is a census-designated place (CDP) in Teton County, Wyoming, United States. The population was 1,294 at the 2000 census. It is part of the Jackson, WYID Micropolitan Statistical Area. Wilson was pioneered in 1889 by the author and former Pony Express rider Elijah Nicholas Wilson, and was later named in his honor.

Here's the our members favorite photos of "Cities in Wyoming". Upload your photo of Wilson!

Going to Wilson? Get answers from our friendly locals