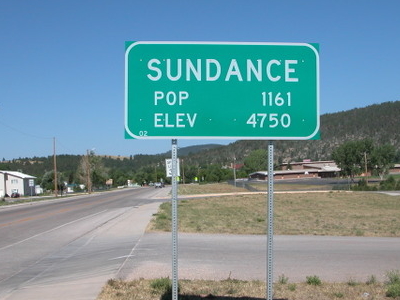 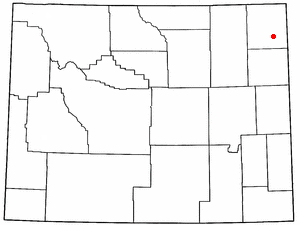 According to the United States Census Bureau, the town has a total area of 2.0square miles (5.2Square kilometers), of which, 2.0squaremiles (5.2Square kilometers) of it is land and 0.50% is water. Sundance is a town in Crook County, Wyoming, United States. The population was 1,161 at the 2000 census. The town is named for the Sun Dance ceremony practiced by several North American Indian Nations. After his release from the Sundance Jail in 1888, Harry Longabaugh acquired the moniker the Sundance Kid, which entered the popular imagination in the 1969 movie Butch Cassidy and the Sundance Kid, which won several Academy Awards including Best Original Screenplay.

Here's the our members favorite photos of "Cities in Wyoming". Upload your photo of Sundance!

Going to Sundance? Get answers from our friendly locals