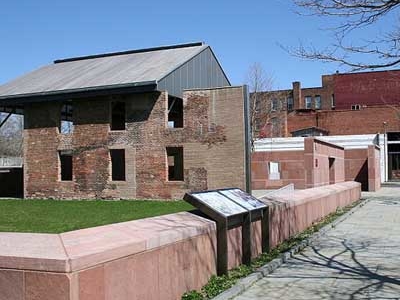 Women's Rights National Historical Park was established in 1980, and covers a total of 6.83 acres (27,600 m²) of land in Seneca Falls and nearby Waterloo, New York.The park consists of four major historical properties including the Wesleyan Chapel, site of the First Women's Rights Convention. The Elizabeth Cady Stanton House, and the homes of other early women's rights activists (the M'Clintock House and the Richard Hunt House).The park includes a Visitor Center and an Education and Cultural Center housing the Suffrage Press Printshop.

Here's the our members favorite photos of "Historical near Weedsport". Upload your photo of Women's Rights National Historical Park!