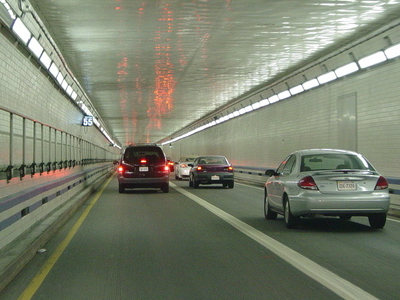 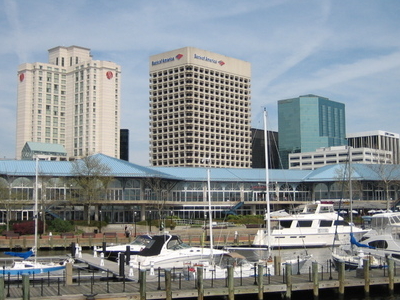 Norfolk (/ˈnɑːˌfʊk/ NAW-fuuk[3] or /ˈnɔrfʉk/ NOR-fək) is an independent city in the Commonwealth of Virginia. As of the 2010 census, the population was 242,803 ; in 2013, the population was estimated to be 246,392 making it the second-most populous city in Virginia, behind neighboring Virginia Beach.

Norfolk is located at the core of the Hampton Roads metropolitan area, named for the large natural harbor of the same name located at the mouth of Chesapeake Bay. It is one of nine cities and seven counties that constitute the Hampton Roads metro area, officially known as the Virginia Beach-Norfolk-Newport News, VA-NC MSA. The city is bordered to the west by the Elizabeth River and to the north by the Chesapeake Bay. It also shares land borders with the independent cities of Chesapeake to its south and Virginia Beach to its east. One of the oldest of the cities in Hampton Roads, Norfolk is considered to be the historic, urban, financial, and cultural center of the region.

History
In 1619, the Governor for the Virginia Colony, Sir George Yeardley established four incorporations, termed citties, for the developed portion of the colony. These formed the basis for colonial representative government in the newly minted House of Burgesses. What would become Norfolk was put under the Elizabeth Cittie incorporation.

In 1634 King Charles I reorganized the colony into a system of shires. The former Elizabeth Cittie became Elizabeth City Shire. After persuading 105 people to settle in the colony, Adam Thoroughgood (who had immigrated to Virginia in 1622 from King's Lynn, Norfolk, England) was granted a large land holding along the Lynnhaven River in 1636. When the South Hampton Roads portion of the shire was partitioned off, Thoroughgood suggested the name of his birthplace for the newly formed New Norfolk County. One year later, it split into two counties, Upper Norfolk County and Lower Norfolk County (present day Norfolk), chiefly on Thoroughgood’s recommendation.

Arts and culture
Norfolk is the cultural heart of the Hampton Roads region. In addition to its museums, Norfolk is the principal home for several major performing arts companies. Norfolk also plays host to numerous yearly festivals and parades, mostly at Town Pointe Park in downtown. The Chrysler Museum Of Art, located in the Ghent district, is the region's foremost art museum and is considered by The New York Times to be the finest in the state. Of particular note is the extensive glass collection, the Glass Studio, the Moses Myers House, and American neoclassical marble sculptures. The museum's main building is undergoing expansion and renovation and is expected to reopen in April 2014. During the renovation the Glass Studio and the Moses Myers House will remain open and art will be displayed at venues throughout the community.

Nauticus, the National Maritime Center, opened on the downtown waterfront in 1994. It features hands-on exhibits, interactive theaters, aquaria, digital high-definition films and an extensive variety of educational programs. Since 2000, Nauticus has been home to the battleship USS Wisconsin, the last battleship to be built in the United States. It served briefly in World War II and later in the Korean and Gulf Wars.

Parks and recreation
Town Point Park in downtown plays host to a wide variety of annual events from early spring through late fall. Harborfest, the region's largest annual festival, celebrated its 30th year in 2006. It is held during the first weekend of June and celebrates the region's proximity and attachment to the water. The Parade of Sail (numerous tall sailing ships from around the world form in line and sail past downtown before docking at the marina), music concerts, regional food, and a large fireworks display highlight this three-day festival.

Utilities
Water and sewer services are provided by the city's Department of Utilities. Norfolk receives its electricity from Dominion Virginia Power which has local sources including the Chesapeake Energy Center (a gas power plant), coal-fired plants in Chesapeake and Southampton County, and the Surry Nuclear Power Plant. Norfolk-headquartered Virginia Natural Gas, a subsidiary of AGL Resources, distributes natural gas to the city from storage plants in James City County and Chesapeake.

Here's the our members favorite photos of "Cities in Virginia". Upload your photo of Norfolk!

Going to Norfolk? Get answers from our friendly locals