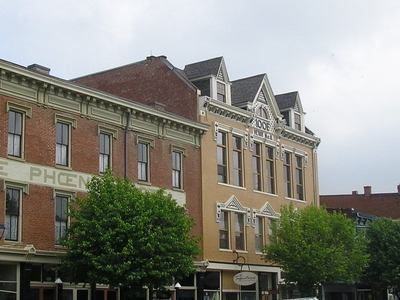 Vevay ( /vivi/ vee-vee) is a town in and the county seat of Jefferson Township, Switzerland County, Indiana, United States, along the Ohio River. The population was 1,683 at the 2010 census. Vevay was founded in 1802 by Swiss immigrants intending on cultivating grapes and producing wine. It was named after the Swiss town of Vevey. Vevay has a reputation as being home of the first commercial winery in the United States. When Switzerland County was formed in 1814, Vevay was made the county seat.

Here's the our members favorite photos of "Towns & Villages in Switzerland County". Upload your photo of Vevay!

Going to Vevay? Get answers from our friendly locals