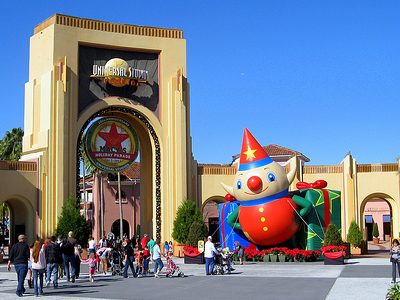 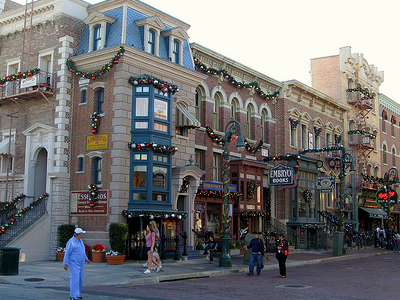 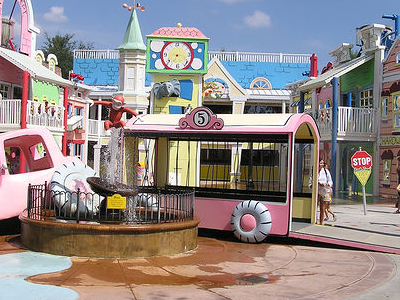 History and Location
Originally, Universal Orlando opened in 1990 with a single theme park Universal Studios Florida. It was opened as a joint venture between Universal Entertainment and The Blackstone Group, the latter sold its half in early 2011. Universal Studios Florida opened in direct competition with Disney's Hollywood Studios. Over the years, the park saw various changes, however its largest change was the opening of its sister theme park Universal's Islands of Adventure. In 1994, executives met to discuss a possible expansion of the resort. It was decided that the current theme park would undergo a series of construction projects transforming it into a multi-day vacation destination. In late 1995, Islands of Adventure broke ground and construction immediately began. The Islands of Adventure Preview Center opened in May 1997 replacing the Screen Test Home Video Adventure. It was meant to give visitors a preview of the upcoming Islands of Adventure park, along with the rest of the resort. As the new theme park was under construction several new attractions were being built and opened at Universal Studios Florida. Among those new attractions was Woody Woodpecker's KidZone which opened in the Summer of 1998. Attractions such as Men in Black: Alien Attack and Animal Actors (formerly Animal Planet Live) also opened during the expansion phase.

On May 28, 1999, Islands of Adventure opened to the general public. It featured six themed 'islands' including Seuss Landing, The Lost Continent, Jurassic Park, Toon Lagoon, and Marvel Super Hero Island. Several new attractions were closed shortly after the opening of the park, such as Island Skipper Tours, due to lack of attendance. Although the park opened to mediocre attendance, the park's attendance sharply improved making it the only theme park in Orlando to have had an increase of attendance following the September 11 Attacks.

Theme parks and attractions
Universal Studios Florida
This combined film production studio and theme park features is composed of themed areas and attractions based on the film industry. Visitors enjoy themed dining and shopping, a variety of special events throughout the year, and may even catch an actual film crew at work on the backlot. The original theme park in the resort, Universal Studios Florida opened on June 7, 1990, as a theme park that lets visitors "Ride the Movies." The themes of Universal Studio's are targeted at making guests feel like they are in a movie set with rides, shows, and attractions inspired by popular film, television, and music productions. The park consists of six themed areas – Hollywood, Production Central, New York, San Francisco, World Expo and Woody Woodpecker's Kidzone.

Universal's Islands of Adventure
Wet 'n Wild was founded in 1977 by SeaWorld founder George Millay as one of the first major water parks. In 1998 Wet 'n Wild was acquired by Universal Parks & Resorts, adding it to Universal Orlando. There are eighteen water slides and attractions at the water park. Popular attractions include The Storm, Bomb Bay, Disco H20, and The Surge. Wet 'n Wild is located at the intersection of International Drive and Universal Boulevard, about half a mile south of the Universal Orlando parking garage.

Universal CityWalk Orlando
Universal CityWalk in Orlando opened in 1999, over the former parking lot and entrance, as part of the expansion that created the Universal Orlando Resort. Guests arriving at the resort park in one of two multi-story parking structures, then travel via covered moving sidewalks over Universal Boulevard into CityWalk. From there, guests can proceed into either of the theme parks, Universal Studios Florida or Islands of Adventure. The Universal Store offers merchandise from both parks. CityWalk features shopping, nightclubs, dining venues, an AMC Movie Theater, and a Blue Man Group show. There are many night clubs at CityWalk including Groove, Latin Quarter (open Thursday through Saturday), Red Coconut Club, and Bob Marley-A Tribute to Freedom (both a night club and restaurant). Some notable locations are Hard Rock Cafe, Jimmy Buffett's Margaritaville, NASCAR Sports Grill, Emeril's, NBA City, Bubba Gump Shrimp Company, and Pastamore. Casual dining places include: Moe's Southwest Grill, Burger King Whopper Bar, Panda express, Fusion Bistro Sushi & Sake Bar.

Here's the our members favorite photos of "Amusement Parks in Orlando". Upload your photo of Universal Orlando Resort!

Going to Universal Orlando Resort? Get answers from our friendly locals

Connect with Surendra Jeph, Julian and 4 other members who have already visited Universal Orlando Resort.