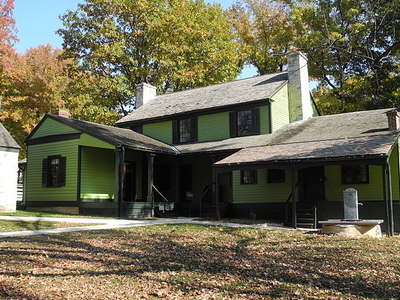 Ulysses S. Grant National Historic Site is a 9.65-acre (39,100 m2) United States National Historic Site located 10 miles (16 km) southwest of Downtown St. Louis, Missouri within the municipality of Grantwood Village. The site, also known as White Haven, commemorates the life, military career, and Presidency of Ulysses S. Grant. Five historic structures are preserved at the site including the childhood home of Julia Dent Grant, wife of Ulysses S. Grant; the couple lived in the home from 1854 to 1859.
White Haven was a plantation worked by slaves at the time Grant was married to his wife in 1848 and remained so until the end of the American Civil War. The current National Park Service Superintendent is Timothy S. Good.