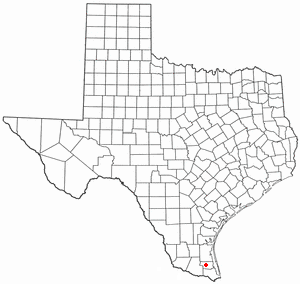 Soils are mostly clay or sandy clay loams which are well drained or moderately well drained. Some fine sandy loams underlie the eastern part of town. These have near neutral pH. Other parts of town have moderately alkaline, somewhat saline soils. Around the southern edge of town is an area of strong salinity which imposes limitations on farmers and gardeners. Raymondville is a city in and the county seat of Willacy County, Texas, United States. The population was 9,733 at the 2000 census. Raymondville was formed in 1904 by Edward Burleson Raymond, a foreman of the El Sauz Ranch portion of the King Ranch and owner of the Las Majadas Ranch. Raymondville is known as the "Gateway to the Rio Grande Valley." According to the United States Census Bureau, the city has a total area of 3.8square miles (9.8Square kilometers), all of it land.

Here's the our members favorite photos of "Cities in Willacy County". Upload your photo of Raymondville!

Going to Raymondville? Get answers from our friendly locals