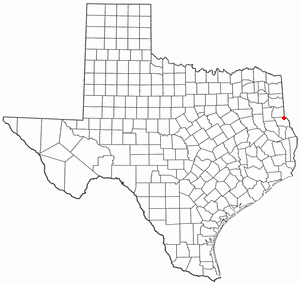 Joaquin is a city in northeastern Shelby County, Texas, United States. The population was 925 at the 2000 census. It is located on U.S. Highway 84 and the tracks of the Southern Pacific Railroad. The site was founded in 1885 for a station for the Houston, East and West Texas Railway. The land was donated by Benjamin Franklin Morris, and the site was named for his grandson Joaquin. The Post office was opened in the following year. The site operated as a shipping point for cotton and lumber, with a lumber mill functioning there. The town was incorporated in 1940, with a population increase with the development of the Toledo Bend Reservoir years later. According to the United States Census Bureau, the city has a total area of 2.3square miles (6.0Square kilometers), of which, 2.3squaremiles (6.0Square kilometers) of it is land and 0.43% is water.

Here's the our members favorite photos of "Cities in Texas". Upload your photo of Joaquin!

Going to Joaquin? Get answers from our friendly locals