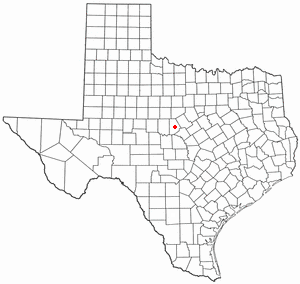 As of the census of 2000, there were 2,588 people, 980 households, and 752 families residing in the city. The population density was 1,008.2 people per square mile (388.8Square kilometers). There were 1,080 housing units at an average density of 420.7Square meters(162.3Square kilometers). Early is a city located in Brown County in West Central Texas. The population was 2,588 at the 2000 census. It is named for Walter U. Early, who donated land for the schools. Home to Early ISD. Football Team State Semi-finalists 2007 and The Heartland Mall. According to the United States Census Bureau, the city has a total area of 2.6square miles (6.7Square kilometers), all of it land.

Here's the our members favorite photos of "Cities in Texas". Upload your photo of Early!

Going to Early? Get answers from our friendly locals