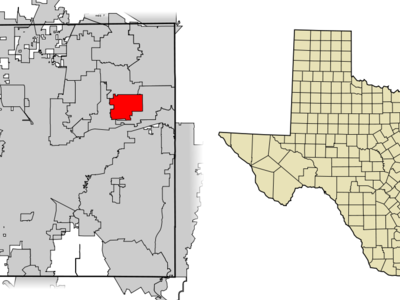 Bedford is a suburban city located in northeast Tarrant County, Texas in the "mid-cities" area between Dallas and Fort Worth. It is a suburb of Fort Worth. The population was 48,390 as of a 2005 census estimate. Bedford is part of the Hurst-Euless-Bedford Independent School District. According to the United States Census Bureau, the city has a total area of 10.0square miles (25.9Square kilometers), of which, 10.0 square miles (25.9Square kilometers) of it is land and 0.10% is water.Prominent highways include state highway 121 and state highway 183, also known as Airport Freeway Neighboring cities include Hurst and Euless, with which Bedford forms the Hurst-Euless-Bedford Independent School District.

Here's the our members favorite photos of "Cities in Texas". Upload your photo of Bedford!

Going to Bedford? Get answers from our friendly locals