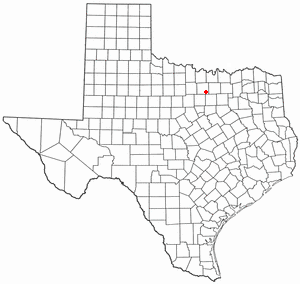 Aurora was also a town in Jefferson County, Texas, near the mouth of Taylor Bayou on Sabine Lake. The present-day city of Port Arthur has occupied this site since about 1895, when Aurora became a ghost town. According to the United States Census Bureau, the town has a total area of 3.2square miles (8.4Square kilometers), all of it land.Aurora is best known for a purported UFO crash in April 1897, and the ongoing legend that the UFO's pilot is supposedly buried in the local cemetery. Aurora is a city in Wise County, Texas, United States. The population was 853 at the 2000 census.

Here's the our members favorite photos of "Cities in Texas". Upload your photo of Aurora!

Going to Aurora? Get answers from our friendly locals