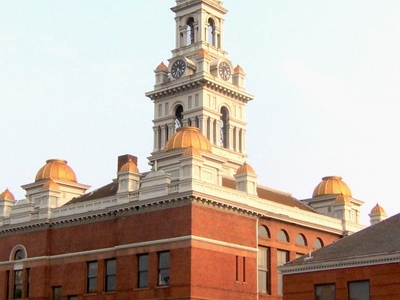 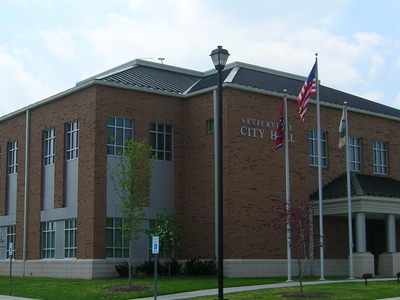 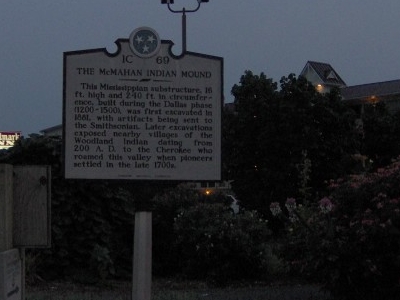 Sevierville is located in the town's eastern section, the Little Pigeon River is formed by the confluence of its East Fork and Middle Fork, both of which flow down from their sources high in the Great Smoky Mountains. Five miles (8 km) downstream to the west, the Little Pigeon absorbs its West Fork before turning north and flowing for another five miles (8 km) to its mouth along the French Broad River. Sevierville is centered around the stretch of land between these two junctions of the East and Middle Fork and the West Fork, known traditionally as Forks-of-the-Pigeon or Forks-of-the-River.

Economy:
Like other towns situated along the Parkway in Sevier County, Sevierville has reaped the benefits of the burgeoning tourism industry brought on by the development of the Great Smoky Mountains National Park. As of 2004, nearly fifty percent of businesses based in Sevierville were linked to tourism. For example, there are over 2,000 hotel and motel rooms in the city today, generating more than $500,000(USD) in hotel-motel tax revenues each year. East Tennessee Radio Group owns and operates the Sevierville area's primary local radio stations, WPFT-FM "106.3 THE MOUNTAIN" (Classic hits of the 1960s and 1970s, now sports talk) and FM 105.5 (adult contemporary music, known as "Mix 105.5"). Also, WWST-FM "Star" 102.1, a Top 40 music station serving the Knoxville market, is licensed by the Federal Communications Commission (FCC) to Sevierville.

Here's the our members favorite photos of "Cities in Tennessee". Upload your photo of Sevierville!

Going to Sevierville? Get answers from our friendly locals