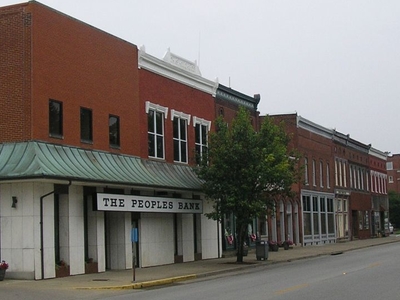 Taylorsville is a city in Spencer County, Kentucky, United States. It is the county seat of Spencer County. As of the 2000 census, the city had a total population of 1,009 and was estimated at 1,275 in 2009. It was incorporated in 1829. Taylorsville was founded in 1799 on the land of Richard Taylor, father of US President Zachary Taylor. Roughly 60 acres (240,000 m2) of land was taken by the Shelby County Court on Taylor's motion, and soon the town was named after Taylor himself. In 1814 the town of Taylorsville was admitted to record by the Spencer County Court.

Here's the our members favorite photos of "Cities in Kentucky". Upload your photo of Taylorsville!

Going to Taylorsville? Get answers from our friendly locals