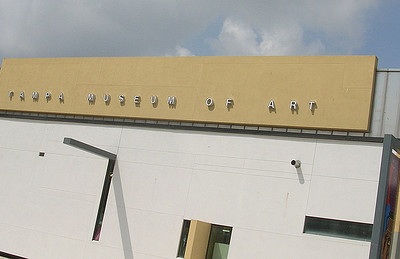 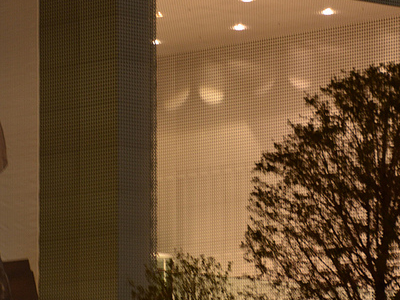 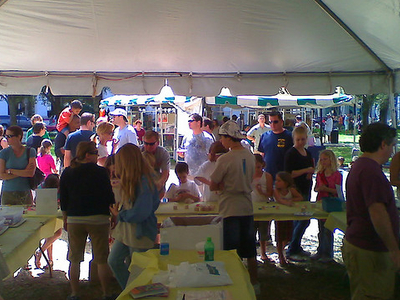 The Tampa Museum of Art is located in downtown Tampa, Florida. It exhibits modern and contemporary art, as well as Greek, Roman, and Etruscan antiquities. The museum was founded in 1979 and debuted an award-winning new building in 2010 just north of its original site along Tampa's Riverwalk on the banks of Hillsborough River.

History
Since its inception, museum planners knew that the Tampa Museum of Art's original building was too small for its collection. Proposals for expansion or relocation were the subject of discussion and controversy for years. Several different plans were proposed either by the city of Tampa or the museum board, including:
In 2001, architect Rafael Vinoly designed a dramatic $76 million building which would have included a huge metal canopy overhanging nearby city streets. The project proved too costly and perhaps unsafe in a hurricane.
From 2003 to 2005, Tampa Mayor Pam Iorio proposed that the museum be relocated to one of several abandoned or underutilized buildings downtown, including an old federal courthouse and a small office tower. However, the museum board was unenthusiastic about the choices. As it turned out, converting the courthouse into usable museum space proved too expensive and disagreement over the appraised price of the office tower scrapped those plans as well.

Building
The building, by architect Stanley Saitowitz, is designed to look like "an electronic jewelbox box sitting on a glass pedestal" and makes use of aluminum, glass, and fiber optic color-changing lights in the exterior walls to "make the building itself a work of art".
The interior is more neutral, with mostly white surfaces and subdued lighting. The architect describes it as "a frame for the display of art, an empty canvass to be filled with paintings, a beautiful but blank container to be completed by its contents." It includes a gift shop and an indoor/outdoor cafe. In 2010, the Tampa Museum of Art was chosen as a winner of an American Architecture Award by The Chicago Athenaeum Museum of Architecture and Design.

Here's the our members favorite photos of "Museums in Tampa". Upload your photo of Tampa Museum of Art!

Going to Tampa Museum of Art? Get answers from our friendly locals