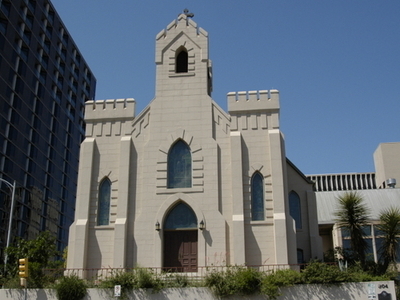 St. David's Episcopal Church is a historic church in downtown Austin, Texas. Its main church building was constructed in 1854-1855, making it one of the oldest standing buildings in the city. The first Episcopal church in Austin was briefly organized in 1848, nine years after Austin was founded. In 1851 the parish was reorganized, and work on the church building began two years later. The church is located at 304 E. 7th Street. It was added to the National Register of Historic Places in 1978.

Here's the our members favorite photos of "Churches in Austin". Upload your photo of St. David's Episcopal Church!

Going to St. David's Episcopal Church? Get answers from our friendly locals