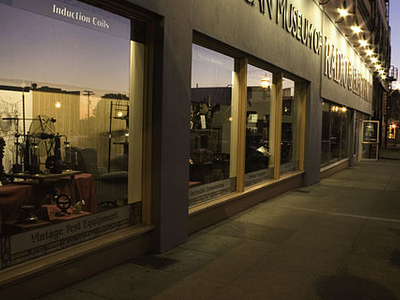 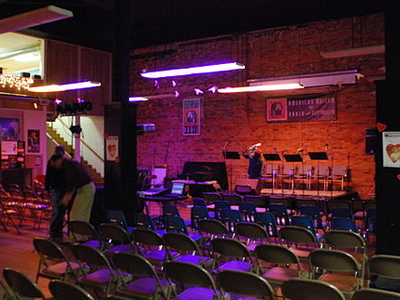 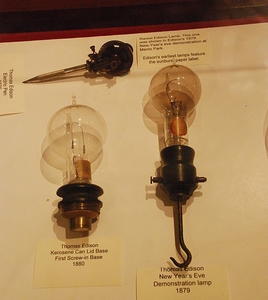 The SPARK Museum of Electrical Invention (formerly the American Museum of Radio and Electricity) is an interactive museum located in Bellingham, Washington, which offers educational experiences for audiences of all ages through galleries and public programs that illustrate the development and use of electricity, radio and the related inventions that changed the course of human history. The museum features a collection of artifacts showcasing four centuries of human innovation from 1580 into the 1950s.

Museum history
The museum began in 1985 as an informal collection of radio sets, spare parts, schematics, recordings, and vintage magazines and manuals owned by a Bellingham resident, Jonathan Winter[1] Winter's collection continued to grow, and by 1998, the Bellingham Antique Radio Museum was officially established, with the more than 800 radio sets from Winter's collection forming the core of the museum's collection.

The museum took on the name "American Museum of Radio and Electricity" in 2001 when it moved into its 23,000-square-foot (2,100 Sq mi) facility and John Jenkins, a former sales and marketing executive at Microsoft, retired and became co-curator of the museum. Jenkins added his collection to the museum, which included early wireless and electrical devices, and rare books with first editions dating back to 1560 and written by Robert Boyle, Michael Faraday, C. F. du Fay, Benjamin Franklin, Luigi Galvani, William Gilbert, Joseph Henry, Heinrich Hertz, James Clerk Maxwell, Pieter van Musschenbroek, Georg Ohm, Hans Christian Ørsted, Alessandro Volta, among others.


Radio station
The museum operates the low-power radio station KMRE-LP in Bellingham. KMRE-LP focuses on showcasing SPARK Museum of Electrical Invention's vast and diverse media collection featuring music from the earliest cylinder recordings of 1888 through the Golden Age of Radio. The station is also geared toward cultivating local programming that provides educational, cultural and historical value to its listeners. KMRE was granted its license by the FCC on July 19, 2006.

Here's the our members favorite photos of "Museums in Bellingham". Upload your photo of SPARK Museum Of Electrical Invention!