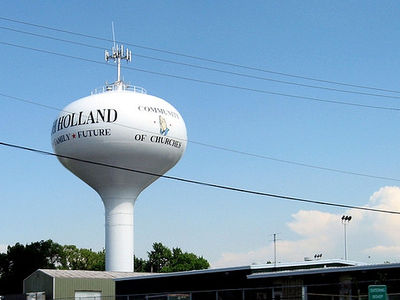 South Holland is a village in Cook County, Illinois, United States and serves as the seat of Thornton Township. The area currently occupied by South Holland, Illinois was first settled in 1846 by immigrants from South Holland, Netherlands. The town was built on low ground near the Calumet River and was originally called de Laage Prairie (Low Prairie) to differentiate it from another Dutch settlement further north on higher ground and called de Hooge Prairie (now the Roseland neighborhood of Chicago).

Going to South Holland? Get answers from our friendly locals