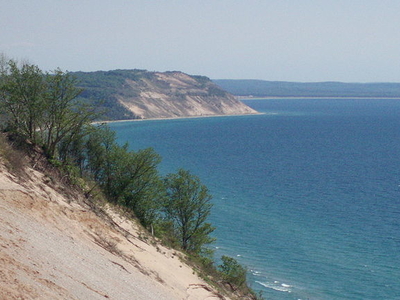 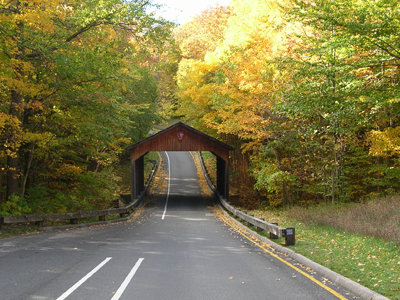 Sleeping Bear Dunes National Lakeshore is a United States National Lakeshore located along the northwest coast of the Lower Peninsula of Michigan in Leelanau County and Benzie County. The park covers a 35-mile (60-km) stretch of Lake Michigan's eastern coastline, as well as North and South Manitou Islands.

Historic sites :
Glen Haven Village
Glen Haven existed as a company town from 1865-1931. Originally, a dock for Glen Arbor (1855-date), the site soon became a fuel supply point for ships traveling up and down the lake. Here Charles McCarty decided to open his own business and built a dock to supply the ships with wood. In 1863, McCarty built the Sleeping Bear House. It was expanded a few years later to accommodate travelers. In 1928, it was remodeled into the Inn for summer vacationers.

The General Store was established to supply the workers. Like most company towns, the workers were paid in company coupons, redeemable only at the company store. The Blacksmith Shop is where tools were repaired. In 1878, David Henry Day arrived in the community. By this time, coal from the Appalachian coal fields was replacing wood on the steamships. Day was looking for another future to this small community.

Port Oneida Historic Farm District
In 1860, Port Oneida had a population of 87 people. Thomas Kelderhouse had built a dock to sell wood to the passing steamships. He was also able to sell fresh produce and maple sugar in season. A local story says that the name comes from the first ship to stop, the S.S. Oneida of New York State. The area covers 3,000 acres (12 km sq) and includes 16 historic farms. The farming community was gradually abandoned due to hard farming conditions and declining timber sales.

Flora and fauna :
Cougars or Eastern cougars have been observed in the Lakeshore, and the National Park Service advises respect, caution and notification to rangers if one is encountered.