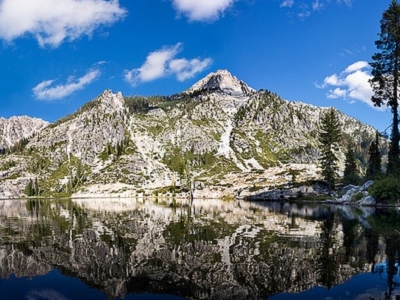 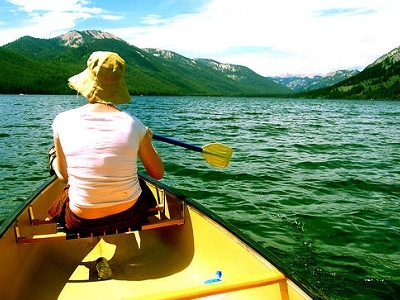 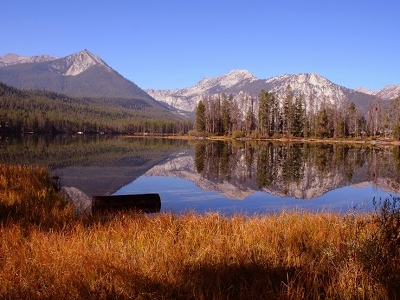 The Sawtooth National Recreation Area (SNRA) is a National Recreation Area located in central Idaho, within the Boise, Challis, and Sawtooth National Forests. The recreation area was established in 1972, is managed by the U.S. Forest Service, and includes the Sawtooth Wilderness. Activities within the roughly 778,000-acre (3,150 km sq) recreation area include hiking, backpacking, White water rafting, camping, rock climbing, kayaking, mountain biking, fishing, and hunting. The SNRA headquarters are about seven miles (11 km) north of Ketchum on Highway 75, and the SNRA also has a ranger station in Stanley, near its northern boundary.

Rivers
The headwaters of the Salmon River, also known as the "River of No Return" are in the SNRA and the river flows north through the Sawtooth Valley before turning east in Stanley and following the northern border of the SNRA. The headwaters of the Big Wood, Boise, and Payette rivers are also in SNRA.

Lakes
There are hundreds of lakes in the SNRA, most of which have been created by alpine glaciers. The largest lakes are Redfish Lake, Alturas Lake, Pettit Lake, Yellow Belly Lake, Stanley Lake, and Sawtooth Lake.

Lakes
Gray wolves were reintroduced in the 1990s and plans to reintroduce grizzly bears have been abandoned. The SNRA contains prime habitat for wolverines and the endangered Canada lynx, but no recent sightings have been reported. Bull trout are the management indicator species for the SNRA and population monitoring efforts are undertaken every year.

Here's the our members favorite photos of "Recreational Areas in Idaho". Upload your photo of Sawtooth National Recreation Area!