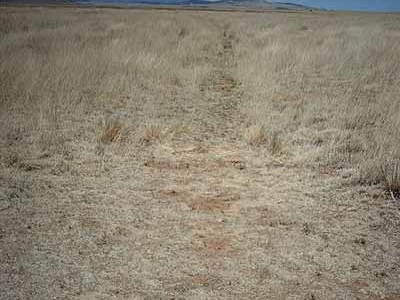 The Santa Fe Trail was a 19th-century transportation route through central North America that connected Franklin, Missouri with Santa Fe, New Mexico. Pioneered in 1821 by William Becknell, it served as a vital commercial and military highway until the introduction of the railroad to Santa Fe in 1880. At first an international trade route between the United States and Mexico, it was the 1846 U.S. invasion route of New Mexico during the Mexican–American War.
The route crossed Comancheria, the territory of the Comanches, who demanded compensation for granting rights-of-way. Americans routinely traded with the Comanche along the trail, sometimes finding the trade in Comancheria more profitable than that of Santa Fe.

Here's the our members favorite photos of "Trails in New Mexico". Upload your photo of Santa Fe National Historical Trail!