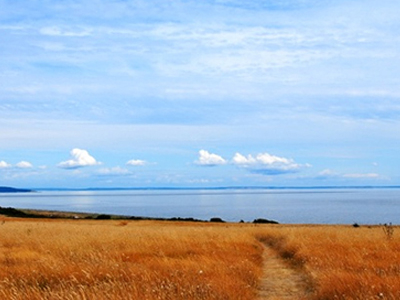 San Juan Island National Historical Park, also known as American and English Camps, San Juan Island, is a U.S. National Historical Park owned and operated by the National Park Service on San Juan Island in the state of Washington. The park is made up of the sites of the British and U.S. Armies' camps during the Pig War.The park is divided into two parts; an American Camp where US soldiers were stationed, and a British Camp, where the British Royal Marines established a garrison. The British Camp is the only part of a US national park that commemorates a British military site and the only one that flies the British Union Flag.