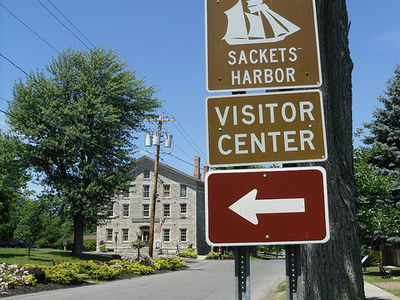 Sackets Harbor is a village in Jefferson County, New York, United States. The population was 1,386 at the 2000 census. The village was named after land developer and owner Augustus Sackett, who founded it in the early 19th century. The Village of Sackets Harbor is within the western part of the Town of Hounsfield and is west of Watertown. The heart of the village, with a Main Street and well-preserved 19th c. buildings, has been recognized as the Sackets Harbor Village Historic District and listed on the National Register of Historic Places in 1983.

Here's the our members favorite photos of "Towns & Villages in Watertown". Upload your photo of Sackets Harbor!

Going to Sackets Harbor? Get answers from our friendly locals