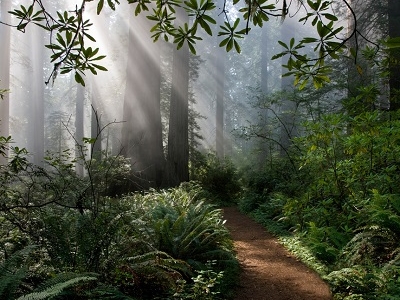 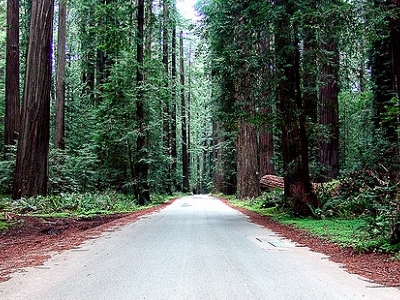 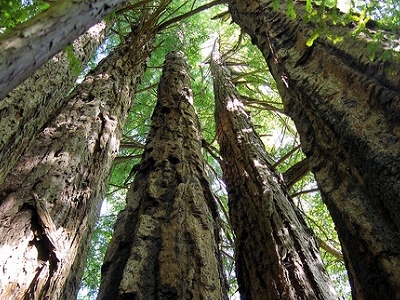 More Photos >
Save me
Been here
Want to go
Show on Map
Here to help 243 tour guides, 332 locals and 1 ambassador

Located entirely within Del Norte and Humboldt Counties, the four parks, together, protect 45% of all remaining coast redwood (Sequoia sempervirens) old-growth forests, totaling at least 38,982 acres (157.75 sq km). These trees are the tallest and one of the most massive tree species on Earth. In addition to the redwood forests, the parks preserve other indigenous flora, fauna, grassland prairie, cultural resources, portions of rivers and other streams, and 37 miles (60 km) of pristine coastline.

The ecosystem of the RNSP preserves a number of threatened animal species such as the Brown Pelican, Tidewater Goby, Bald Eagle, Chinook Salmon, Northern Spotted Owl, and Steller's Sea Lion. In recognition of the rare ecosystem and cultural history found in the parks, the United Nations designated them a World Heritage Site on September 5, 1980 and an International Biosphere Reserve on June 30, 1983.

Park Management:
Redwood National Park headquarters is located in Crescent City, California, with a service office located in Arcata and an operations center located in Orick, California. Lack of money has precluded major improvements, however, and timber companies have replanted much of the logged area with non-native tree species.

Coastline areas, including dunes and coastal prairie, have been invaded by exotic species, partly due to the suppression of Forest fires until the 1980s. A fire management plan now allows controlled burning as one method to return the parkland to its original state.

Natural Resources:
The Redwood National and State Parks form one of the most significant protected areas of the Northern California coastal forests ecoregion.

Flora:
It is estimated that old-growth redwood forest once covered close to 2,000,000 acres (8,100 sq km) of coastal northern California. 96% of all old-growth redwoods have been logged, and almost half (45%) of the redwoods remaining are found in Redwood National and State Parks.

Fauna:
The ecosystems of RNSP preserve a number of rare animal species. Numerous ecosystems exist, with seacoast, river, prairie, and densely forested zones all within the park. The Brown Pelican and Tidewater Goby are federally listed endangered species that live near the Pacific coastline.

The Bald Eagle, which usually nests near a water source, is listed as a threatened species, a designation which includes vulnerable, endangered, and critically endangered species, by the U.S. Fish and Wildlife Service; the state of California lists it as endangered.

Invasive Species:
Currently, there are over 200 exotic species known to live in Redwood National and State Parks. Of these thirty have been identified as invasive species, ten of these are considered threats to local species and ecosystems. Exotic species currently account for about a quarter of the total flora in the parks. Only about one percent of plant growth in old-growth areas are of exotic species, while areas such as the Bald Hills prairies have a relative cover of fifty to seventy-five percent exotic.

Climate:
Weather in RNSP is greatly influenced by the Pacific Ocean. Coastal temperatures generally range between 40 and 60 degrees Fahrenheit (4-15 °C) all year round, while further from the coast summers are hotter and drier, and winters are colder. Redwoods mostly grow a mile or two (1.5-3 km) from the coast, but never more than 50 miles (80 km) from it.

In this temperate but humid coastal zone, the trees receive moisture from both heavy winter rains and persistent summer fog. The presence and consistency of the summer fog is actually more important to overall health of the trees than heavy precipitation.

Fire Management:
Wildfires are a natural part of most terrestrial ecosystems. In many ways nature has adapted to fire, and the absence of fire can often be disadvantageous. Wildfire eliminates dead and decayed plant and tree matter, enriching the soil and ensuring that healthier trees have less competition for limited nutrients. Prescribed fire is currently part of the fire management plan and helps to eliminate exotic species of plants and allows a more fertile and natural ecosystem.

Recreation:
The DeMartin Redwood Youth Hostel, a low-amenities shared lodging facility (near Klamath), has now closed. There are no hotels or motels within the parks boundaries. However, nearby towns such as Klamath, Requa, and Orick provide small hotels and inns, with extensive lodging options available in the regional trading centers of Crescent City on the northern end of the park and Arcata and Eureka located to the south.

In Films:
The park has served as a filming location for numerous films. The Endor scenes for Star Wars Episode VI: Return of the Jedi were filmed in the Tall Trees Redwood Grove in the northern part of Humboldt County. Scenes for The Lost World: Jurassic Park as well as the movie Outbreak were filmed at the nearby Prairie Creek Redwoods State Park and at Patrick's Point State Park.

Here's the our members favorite photos of "National Parks in California". Upload your photo of Redwood National & State Parks!

Going to Redwood National & State Parks? Get answers from our friendly locals