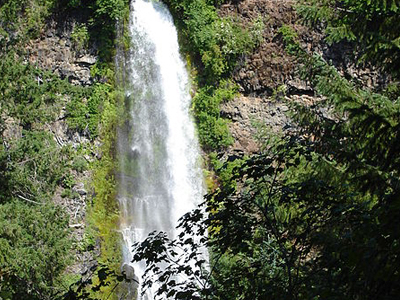 Prospect State Scenic Viewpoint, is a state park in the U.S. state of Oregon. It was formerly known as Mill Creek Falls Scenic Area, a private hiking area that was developed by Willamette Industries near the community of Prospect on Oregon Route 62 in Jackson County. Both Mill Creek Falls and Pearsony Falls are contained within the area, with Barr Creek Falls close by.

A hydroelectric dam was built in the 1920s which drained the narrow valley containing the group of falls. A group of large boulders appeared. These have become a local attraction known as the Avenue of the Giant Boulders.

Here's the our members favorite photos of "State Parks in Oregon". Upload your photo of Prospect State Scenic Viewpoint!