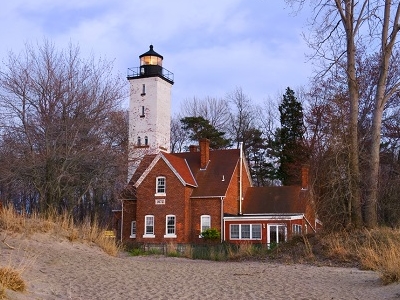 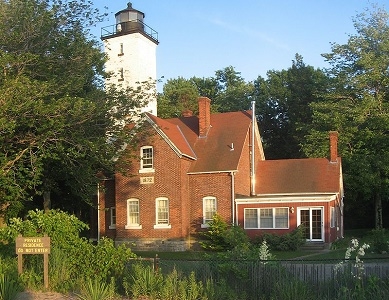 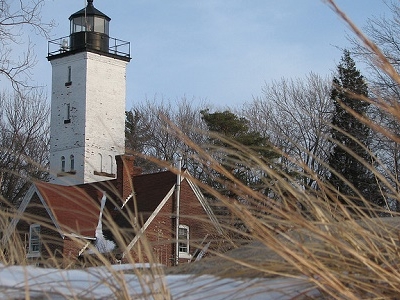 The Presque Isle Light is one of three lighthouses on Lake Erie in U.S. state of Pennsylvania. The lighthouse is located on the northern shore of Presque Isle State Park, near Erie. It was built in 1872 and was listed on the National Register of Historic Places in 1983.

Its construction began in 1872, and the light was first lit on July 12, 1873. It was originally 40 feet (12 m) tall before the tower was raised to its current height in 1896. Its original light characteristic, two red flashes followed by four white flashes, was changed to an alternating red and white flash when it was electrified in the 1920s. The Presque Isle Light was commonly known as the "flashlight" to locals. In 1962, the station was fully automated and the characteristic was changed to a 3 second-on, 3 second-off white light.

Here's the our members favorite photos of "Lighthouses near Erie". Upload your photo of Presque Isle Light!

Going to Presque Isle Light? Get answers from our friendly locals

Love lighthouses? Check these out;

Top Voted Lighthouses Around the World