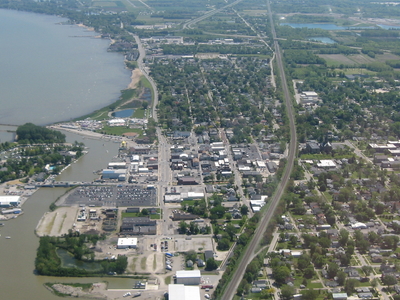 Save me
Been here
Want to go
Show on Map
Here to help 2 tour guides and 5,444 locals

Port Clinton is a city in and the county seat of Ottawa County, Ohio, United States. The population was 6,056 at the 2010 census. The city has been nicknamed the "Walleye Capital of the World." The city is known for its annual Walleye Drop, commemorating the new year as well as its fishing and boating industries, the annual National Matches at neighboring Camp Perry, and its proximity to a variety of vacation destinations (such as the Lake Erie islands, the Cedar Point amusement park and a number of local wineries). Port Clinton's transient dockage on the Portage River is a safe harbor for Lake Erie boaters.

Here's the our members favorite photos of "Cities in Ottawa County". Upload your photo of Port Clinton!

Going to Port Clinton? Get answers from our friendly locals