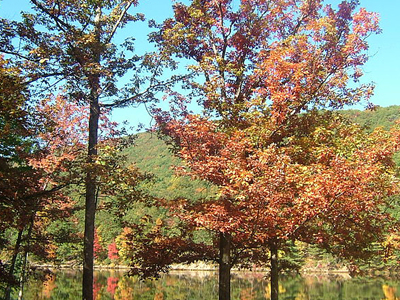 Poe Valley State Park and nearby Poe Paddy State Park were built by the Civilian Conservation Corps during the Great Depression of the 1930s. The young men of the CCC also worked to clear the regrowing forests of brush to prevent forest fires. They constructed roads throughout the forests, built state park facilities, constructed bridges on the state roads, planted trees for reforestation, and cleaned streams.

Here's the our members favorite photos of "State Parks in Pennsylvania". Upload your photo of Poe Valley State Park!

Going to Poe Valley State Park? Get answers from our friendly locals