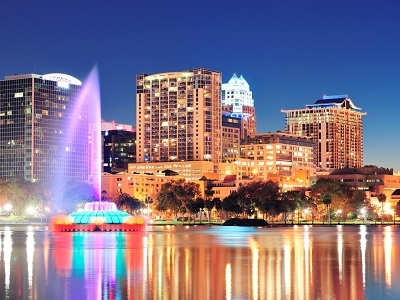 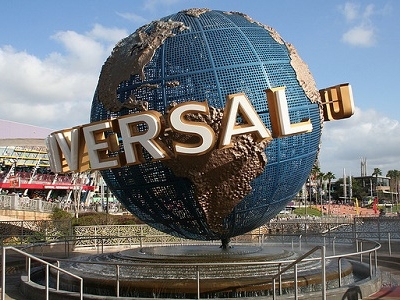 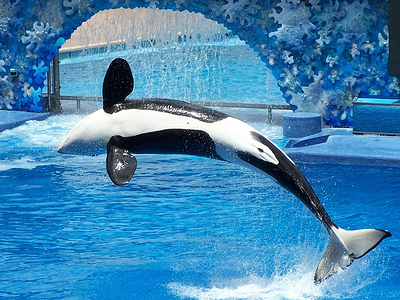 More Photos >
Save me
Been here
Want to go
Show on Map
Here to help 21 tour guides, 8 locals and 1 ambassador

Orlando is nicknamed "The City Beautiful" and its symbol is the fountain at Lake Eola. Orlando is also known as "The Theme Park Capital of the World" and its tourist attractions draw more than 51 million tourists a year, including 3.6 million international guests. The Orlando International Airport (MCO) is the thirteenth busiest airport in the United States and the 29th busiest in the world. Buddy Dyer is Orlando's mayor.

History
Pre-European history
Before European settlers arrived in 1536, Orlando was sparsely populated by the Creek and other Native American tribes. There are very few archaeological sites in the area today, except for the ruins of Fort Gatlin along the shores of modern-day Lake Gatlin south of downtown Orlando.

Settlement
Prior to being known by its current name, Orlando was known as Jernigan. This originates from the first permanent settler, Aaron Jernigan, a cattleman who acquired land along Lake Holden by the terms of the Armed Occupation Act of 1842. City officials and local legend say the name Orlando originated from a soldier named Orlando Reeves who died in 1835 during a supposed attack by Native Americans in the area during the Second Seminole War. Reeves was acting as a sentinel for a company of soldiers that had set up camp for the night on the banks of Sandy Beach Lake (now Lake Eola). There are conflicting legends, however, as an in-depth review of military records in the 1970s and 1980s turned up no record of Orlando Reeves ever existing. The legend grew throughout the early 1900s, particularly with local historian Kena Fries' retelling in various writings and on local radio station WDBO in 1929. A memorial beside Lake Eola – originally placed by students of Orlando's Cherokee Junior School in 1939 – designates the spot where the city's supposed namesake fell.

Local historians have come up with a more credible version of the "Reeves" story. During the Second Seminole War, the U.S. Army established an outpost at Fort Gatlin, a few miles south of the modern downtown, in 1838, but it was quickly abandoned when the war came to an end. Most pioneers did not arrive until after the Third Seminole War in the 1850s. Many early residents made their living by cattle ranching. One such resident was a South Carolinian Orlando Savage Rees. Rees owned several large estates in Florida and Mississippi. On two separate occasions, relatives of Rees claimed their ancestor was the namesake of the city. F.K. Bull of South Carolina (Rees' great-grandson) told an Orlando reporter of a story in 1955; years later, Charles M. Bull Jr. of Orlando (Rees' great-great-grandson) offered local historians similar information. Rees most certainly did exist and was in Florida during that time period: in 1832 John James Audubon met with Rees in his large estate at Spring Garden, about 45 minutes away from Orlando. In 1837, Rees also attempted to stop a peace Treaty with the Indians because it did not reimburse him for the loss of slaves and crops. The story goes Rees' sugar farms in the area were burned out in the Seminole attacks in 1835 (the year Orlando Reeves supposedly died). Subsequently, he led an expedition to recover stolen slaves and cattle. It is believed he could have left a pine-bough marker with his name next to the trail, and later residents misread the sign as "Reeves" and thought it was his grave. In the years since the telling of this story, it has merged with the Orlando Reeves story. Some variants attempt to account for Reeves having no military records by using the name of another 'Orlando' that exists in some written records – Orlando Acosta. Not much is known about Acosta and if he even existed.

Climate
Orlando's climate has characteristics of a tropical climate, but is situated on the southern fringe of the humid subtropical climate zone (Köppen Cfa), and on the border of USDA Plant Hardiness Zones 9B and 10A. There are two major seasons each year. One is hot and rainy, lasting from May until late September (roughly coinciding with the Atlantic hurricane season). The other is the dry, relatively cool season (late October through April) bringing less frequent rainfall, yet still with warm temperatures.[citation needed] The area's warm and humid climate is caused primarily by its low elevation, its position relatively close to the Tropic of Cancer, and its location in the center of a peninsula. Many characteristics of its climate are a result of its proximity to the Gulf Stream, which flows around the peninsula of Florida.

Tourism
A vital part of the Orlando area economy is tourism. The Orlando area is home to Walt Disney World Resort, Universal Orlando Resort, and SeaWorld Orlando. Over 48 million visitors came to the Orlando region in 2004. The convention industry is also critical to the region's economy. The Orange County Convention Center, expanded in 2004 to over two million square feet (200,000 Sq mi) of exhibition space, is now the second-largest convention complex in terms of space in the United States, trailing only McCormick Place in Chicago. The city vies with Chicago and Las Vegas for hosting the most convention attendees in the United States.

Here's the our members favorite photos of "Cities in Florida". Upload your photo of Orlando!

Going to Orlando? Get answers from our friendly locals