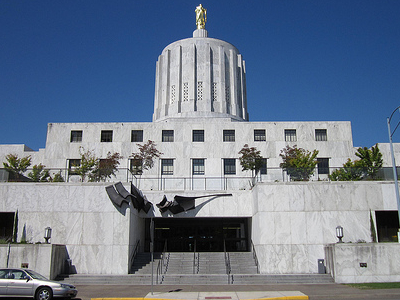 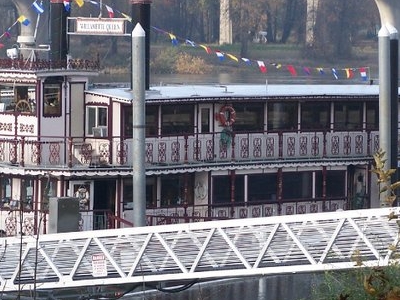 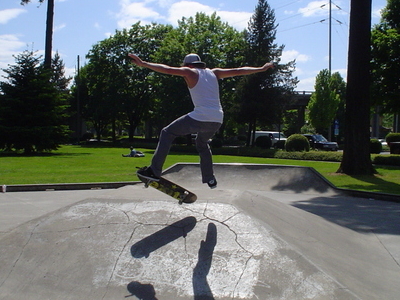 More Photos >
Save me
Been here
Want to go
Show on Map
Here to help 17 tour guides, 1 locals and 1 ambassador

Salem /ˈseɪləm/ is the capital of the U.S. state of Oregon, and the county seat of Marion County. It is located in the center of the Willamette Valley alongside the Willamette River, which runs north through the city. The river forms the boundary between Marion and Polk counties, and the city neighborhood of West Salem is in Polk County. Salem was founded in 1842, became the capital of the Oregon Territory in 1851, and was incorporated in 1857. Salem had a population of 154,637 at the 2010 census, making it the third largest city in the state after Portland and Eugene. Salem is less than an hour driving distance away from Portland. Salem is the principal city of the Salem Metropolitan Statistical Area, a metropolitan area that covers Marion and Polk counties[8] and had a combined population of 347,214 at the 2000 census. A 2009 estimate placed the metropolitan population at 396,103, the state's second largest.

History
Origin of name
The Native Americans who originally inhabited Salem, the Kalapuyans called the area Chemeketa, which means "meeting or resting place" in the Central Kalapuya language (Santiam). The original Kalapuya pronunciation of the word is Chim-i-ki-ti.[10] When the Methodist Mission moved to the Chemeketa plain, the new establishment was called Chemeketa, but was more widely known as the Mill because of its situation on Mill Creek. When the Oregon Institute was established, the community was known as the Institute.

Native Americans
The first people of European descent arrived in the area as early as 1812; they were animal trappers and food gatherers for the fur trading companies in Astoria, Oregon. The first permanent American settlement in the area was the Jason Lee Methodist mission (1840) located in the area north of Salem known as Wheatland.[17] In 1842, the missionaries established the Oregon Institute (the forerunner of Willamette University) in the area that was to become the site of Salem. In 1844, the mission was dissolved and the town site established.

Geography and climate
Salem is located in the north-central Willamette Valley, in Marion and Polk counties. The 45th Parallel (the Halfway point between the North Pole and the Equator) passes through Salem's city limits. According to the United States Census Bureau, the city has a total area of 48.45 square miles (125.48 km Sq), of which, 47.90 square miles (124.06 km Sq) is land and 0.55 square miles (1.42 km Sq) is water. Although the Willamette River flows through Salem, the North Santiam River watershed is Salem's primary drinking water source. Other important streams that pass through Salem are Mill Creek, the Mill Race, Pringle Creek, and Shelton Ditch. Smaller streams in eastern part of the city include Clark Creek, Jory Creek, Battle Creek, Croisan Creek, and Claggett Creek, while Glen Creek and Brush Creek flow through West Salem.

Cultural events and series
From May through October the Salem Saturday Market, located north of the Capitol, exhibits an emphasis on local products including crafts, baked goods, produce, meat, and other items. In addition to the Saturday Market, there is a Wednesday Farmers' Market hosted downtown in Courthouse Square during the summer, as well a Holiday Gift Market in December. The 60+ year old, indoor Saturday Public Market is open all year round. The annual World Beat Festival, held in June, is sponsored by the nonprofit Salem Multicultural Institute. The event lasts for two days and is held at the Riverfront Park. It features international crafts, music, dance, food, and folklore from every continent, and in recent years has held a Dragon Boat race similar to the ones held during the nearby Rose Festival in Portland.

Museums and other points of interest
In addition to the Oregon State Capitol and adjacent Willson Park, Salem's downtown contains the Mission Mill Museum, Hallie Ford Museum of Art, the Elsinore Theatre, Riverfront Park, the Willamette River, some of the oldest buildings in Oregon, as well as shopping and restaurants. The A.C. Gilbert's Discovery Village interactive children's museum and Prewitt-Allen Archaeological Museum are both also located in Salem.

Here's the our members favorite photos of "Cities in Oregon". Upload your photo of Salem!

Going to Salem? Get answers from our friendly locals