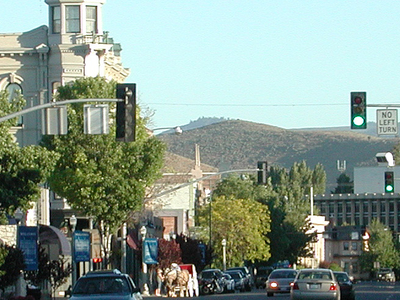 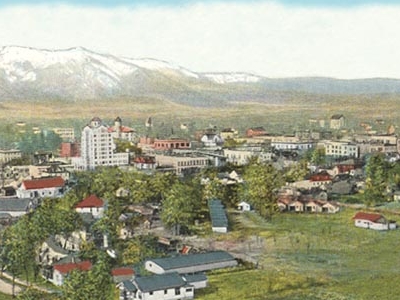 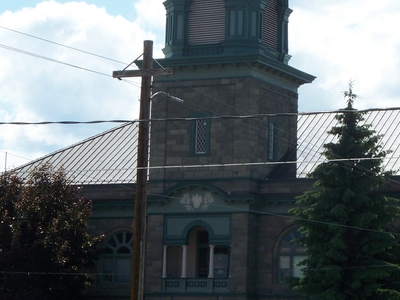 Baker City is a city in and the county seat of Baker County, Oregon, United States. It was named after Edward D. Baker, the only U.S. Senator ever killed in military combat. The population was 9,828 at the 2010 census. According to the United States Census Bureau, the city has a total area of 7.2 square miles (19 km2), all land. The city is situated in a valley between the Wallowa Mountains to the east and the Elkhorn Mountains, part of the Blue Mountains to the west, with the Powder River running through the center of downtown on its way to the Snake River.

Museums and other points of interest:
The Baker Historic District, on the National Register of Historic Places, is located on about 42 acres (17 ha) centered on Main Street in downtown Baker City. Within its boundaries are more than 130 properties, about half of which include structures built between the late 1880s and about 1915. Many of these as well as others built as early as 1870 are two-story masonry commercial buildings. The city hall, county courthouse, the former post office, former library, former social clubs, a Roman Catholic cathedral, and an Episcopal Church are among notable buildings within the district.

Baker City Tower, a nine-story structure in the historic district, is the tallest building east of the Cascade Range in Oregon. Opening in 1929 as the Baker Community Hotel, it was converted to other uses after financial setbacks during the Great Depression. The concrete Art Deco structure features terracotta eagles at each ground-floor entrance and is topped by an octagonal observation center with an eight-sided hip roof and a flagpole. Also in the historic district is the Geiser Grand Hotel, a three-story, stucco-clad, brick structure that at the time of its opening in 1889 had plate glass windows, electric lights, baths, an elevator, and a dining room that seated 200. Originally called the Washauer Hotel, it became the Geiser Grand in about 1895 after its purchase by the John Geiser family, which had large mining investments in Baker County and elsewhere.

Here's the our members favorite photos of "Cities in Oregon". Upload your photo of Baker City!

Going to Baker City? Get answers from our friendly locals