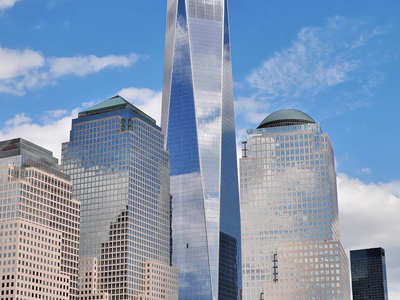 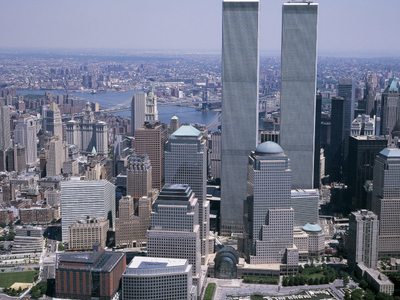 The building is bordered to the west by West Street, to the north by Vesey Street, to the south by Fulton Street, and to the east by Washington Street. Construction on below-ground utility relocations, footings, and foundations for the building began on April 27, 2006. On March 30, 2009, the Port Authority of New York and New Jersey confirmed that the building would be known by its legal name, One World Trade Center, rather than the colloquial name, Freedom Tower.

The tower's steel structure topped out on August 30, 2012. On May 10, 2013, the final component of the skyscraper's spire was installed, making One World Trade Center the fourth-tallest skyscraper in the world by pinnacle height. Its spire reaches a symbolic height of 1,776 feet (541 m) in reference to the year of the United States Declaration of Independence. It has been the tallest structure in New York City since April 30, 2012, when it surpassed the height of the Empire State Building.

Here's the our members favorite photos of "Skyscrapers near Lower Manhattan". Upload your photo of One World Trade Center!

Going to One World Trade Center? Get answers from our friendly locals

Ash Curtis is the only Touristlink member to visit One World Trade Center. Have you been here? Click here to save it.