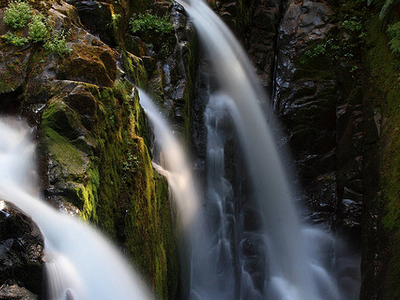 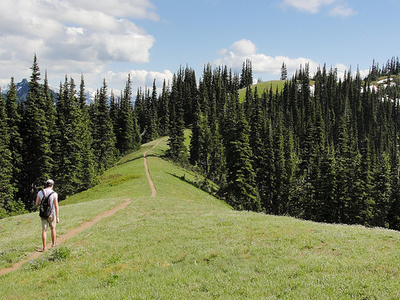 More Photos >
Save me
Been here
Want to go
Show on Map
Here to help 2,289 tour guides and 1 locals

Olympic National Park is located in the U.S. state of Washington, in the Olympic Peninsula. The park can be divided into four basic regions: the Pacific coastline, alpine areas, the west side temperate rainforest and the forests of the drier east side.

U.S. President Theodore Roosevelt originally created Mount Olympus National Monument in 1909 and after Congress voted to authorize a re-designation to National Park status, President Franklin Roosevelt signed the legislation June 29, 1938. In 1976, Olympic National Park became an International Biosphere Reserve, and in 1981 it was designated a World Heritage Site. In 1988, Congress designated 95 percent of the park as the Olympic Wilderness.

Natural history
Coastline
The coastal portion of the park is a rugged, sandy beach along with a strip of adjacent forest. It is 73 miles (117 km) long but just a few miles wide, with native communities at the mouths of two rivers. The Hoh River has the Hoh people and at the town of La Push at the mouth of the Quileute River live the Quileute.

The beach has unbroken stretches of wilderness ranging from 10 to 20 miles (16 to 32 km). While some beaches are primarily sand, others are covered with heavy rock and very large boulders. Bushy overgrowth, slippery footing, tides and misty rain forest weather all hinder foot travel. (Times to hike should typically be doubled.) The coastal strip is more readily accessible than the interior of the Olympics; due to the difficult terrain, very few backpackers venture beyond casual day-hiking distances.

Glaciated Mountains
Within the center of Olympic National Park rise the Olympic Mountains whose sides and ridgelines are topped with massive, ancient glaciers. The mountains themselves are products of accretionary wedge uplifting related to the Juan De Fuca Plate subduction zone. The geologic composition is a curious mélange of basaltic and oceanic sedimentary rock. The western half of the range is dominated by the peak of Mount Olympus, which rises to 7,965 feet (2,428 m).

Temperate Rainforest
The western side of the park is mantled by a temperate rain forest, including the Hoh Rain Forest and Quinault Rain Forest, which receive annual precipitation of about 150 inches (380 cm), making this perhaps the wettest area in the continental United States (the island of Kauai in the state of Hawaii gets more rain).

As opposed to tropical rainforests and most other temperate rainforest regions, the rainforests of the Pacific Northwest are dominated by coniferous trees, including Sitka Spruce, Western Hemlock, Coast Douglas-fir and Western redcedar. Mosses coat the bark of these trees and even drip down from their branches in green, moist tendrils.

Recreation
There are several roads in the park, but none penetrate far into the interior. The park features a network of hiking trails, although the size and remoteness means that it will usually take more than a weekend to get to the high country in the interior. The sights of the rain forest, with plants run riot and dozens of hues of green, are well worth the possibility of rain sometime during the trip, although months of July, August and September frequently have long dry spells.

An unusual feature of ONP is the opportunity for backpacking along the beach. The length of the coastline in the park is sufficient for multi-day trips, with the entire day spent walking along the beach. Although idyllic compared to toiling up a mountainside (Seven Lakes Basin is a notable example), one must be aware of the tide; at the narrowest parts of the beaches, high tide washes up to the cliffs behind, blocking passage. There are also several promontories that must be struggled over, using a combination of muddy steep trail and fixed ropes.

Elwha Ecosystem Restoration Project
The Elwha Ecosystem Restoration Project is the second largest ecosystem restoration project in the history of the National Park Service after the Everglades. It will consist of removing the 210 feet (64 m) Glines Canyon Dam and draining its reservoir, Lake Mills and removing the 108 feet (33 m) Elwha Dam and its reservoir Lake Aldwell from the Elwha River.

Upon removal, the park will revegetate the slopes and river bottoms to prevent erosion and speed up ecological recovery. The primary purpose of this project is to restore anadromous stocks of Pacific Salmon and Steelhead to the Elwha River, which have been denied access to the upper 65 miles (105 km) of river habitat for more than 95 years by these dams.

Here's the our members favorite photos of "National Parks in Port Angeles". Upload your photo of Olympic National Park!

Going to Olympic National Park? Get answers from our friendly locals