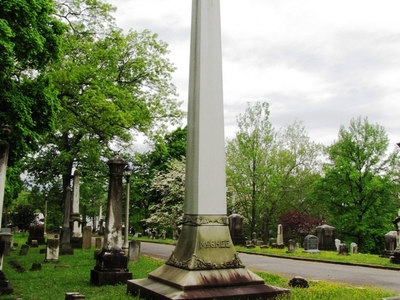 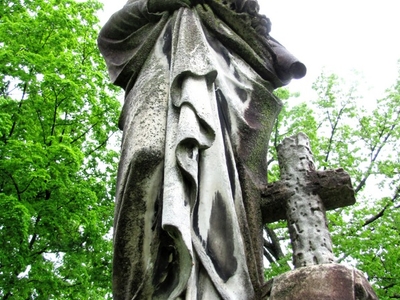 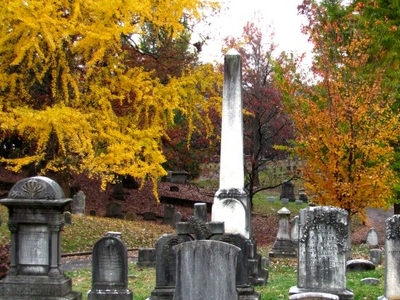 Old Gray Cemetery is the second-oldest cemetery in Knoxville, Tennessee, USA. Established in 1850, the 13.47-acre (5.45 ha) cemetery contains the graves of some of Knoxville's most influential citizens, ranging from politicians and soldiers, to artists and activists. The cemetery is also noted for the Victorian era marble sculpture and elaborate carvings adorning many of the grave markers and headstones. In 1996, the cemetery was added to the National Register of Historic Places.

Named for English poet Thomas Gray (1716–1771), Old Gray Cemetery is an example of a so-called garden cemetery, a mid-19th century style that sought the transition of graveyards from urban churchyards to quiet suburban plots. Unlike its crowded predecessor, the First Presbyterian Church Cemetery, Old Gray features spacious graves, grand monuments, and extensive vegetation, and its layout bears more resemblance to a public park. Playwright Tennessee Williams mentions Old Gray in his short story, "The Man in the Overstuffed Chair," and Pulitzer Prize-winning novelist Peter Taylor alludes to the cemetery in his book, In the Tennessee Country. The cemetery was simply known as "Gray Cemetery" until 1892, when "New" Gray Cemetery was established about a mile away.

By the 1840s, the garden cemetery movement, driven largely by the fame of Paris's Père Lachaise Cemetery, had gained popularity in France, England, and the United States, as planners in various large cities began building larger, more elaborate cemeteries in their respective cities' outskirts and suburbs. During this period, Knoxville's leaders sought such a cemetery for Knoxville, as many had incorrectly believed the First Presbyterian Church Cemetery (near the center of town) had caused a deadly epidemic in 1838. In February 1850, a board of trustees, led by East Tennessee University president William B. Reese, was appointed to buy land and sell lots for a new cemetery.

Here's the our members favorite photos of "Cemeteries in Knoxville". Upload your photo of Old Gray Cemetery!

Going to Old Gray Cemetery? Get answers from our friendly locals