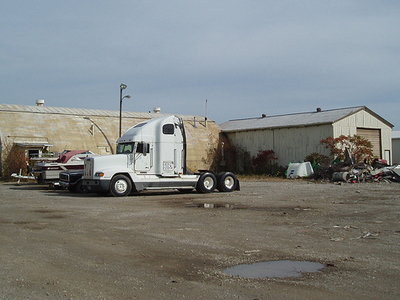 Richfield is a village in Summit County, Ohio, United States. The population was 3,286 at the 2000 census. The village and the adjacent Richfield Township are approximately equidistant between the downtown areas of Akron and Cleveland. It is part of the Akron Metropolitan Statistical Area. Richfield was founded in 1809 and incorporated in 1967. Four of John Brown's children are buried in Eastview Cemetery. The children, Austin, Charles, Peter and Sarah, all died in 1843 due to a smallpox epidemic when he was living in Richfield . In 1970, Mayor Kenneth Swan signed an ordinance declaring Richfield Village the first World city in the United States. .

Here's the our members favorite photos of "Towns & Villages in Akron". Upload your photo of Richfield!

Going to Richfield? Get answers from our friendly locals