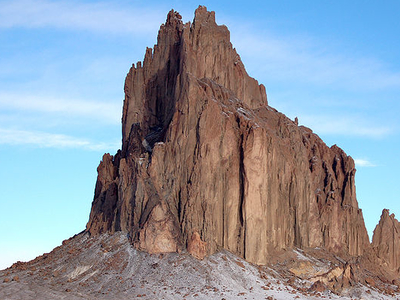 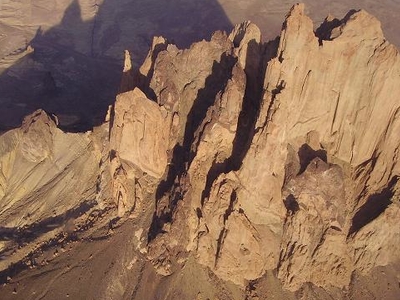 Shiprock (Navajo: Tsé Bitʼaʼí, "rock with wings" or "winged rock") is a monadnock rising nearly 1,583 feet (482.5 m) above the high-desert plain on the Navajo Nation in San Juan County, New Mexico, United States. It has a peak elevation of 7,177 feet (2,187.5 m) above sea level. It lies about 10.75 miles (17.30 km) southwest of the town of Shiprock, which is named for the peak. Governed by the Navajo Nation, the formation is in the Four Corners region and plays a significant role in Navajo religion, mythology and tradition. It is located in the center of the Ancient Pueblo People or Ancestral Puebloan civilization, a prehistoric Native American culture of the Southwest United States often referred to as the Anasazi. Shiprock is a point of interest for rock climbers and photographers and has been featured in several film productions and novels. It is the most prominent landmark in northwestern New Mexico.

Here's the our members favorite photos of "Peaks or Summits in San Juan County". Upload your photo of Shiprock!

Going to Shiprock? Get answers from our friendly locals

Peaks or Summits in New Mexico