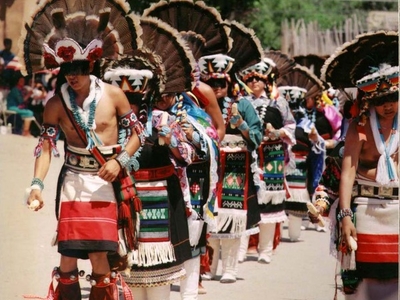 Ohkay Owingeh is a pueblo and census designated place in Rio Arriba County, New Mexico, United States.Ohkay Owingeh was previously known as San Juan Pueblo until returning to its pre-Spanish name in November 2005.The Tewa name of the pueblo means "place of the strong people.Ohkay Owingeh is the headquarters of the Eight Northern Indian Pueblos Council, and the pueblo people are from the Tewa ethnic group of Native Americans. This is one of the largest Tewa language-speaking pueblos.

Here's the our members favorite photos of "Towns & Villages in Espanola". Upload your photo of Ohkay Owingeh!

Going to Ohkay Owingeh? Get answers from our friendly locals