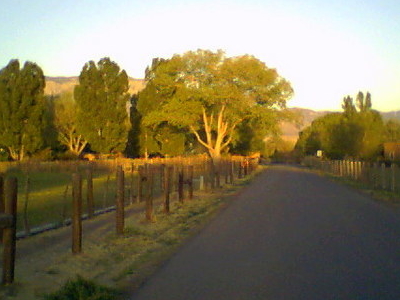 Corrales is a village in Sandoval County, New Mexico, United States. The population was 8,329 at the 2010 Census. It is part of the Albuquerque Metropolitan Statistical Area. With proximity to the Rio Grande, the village was founded for agricultural purposes. The Rio Grande Bosque on the eastern edge of the village provides refuge for native animals and plants. The village fights hard to maintain its rural character in light of being surrounded by rapidly growing cities. According to the United States Census Bureau, the village has a total area of 11.2 square miles (29.1 Square Kilometer), of which, 10.7 square miles (27.8 Square Kilometer) of it is land and 0.5 square miles (1.4 Square Kilometer) of it (4.71%) is water.

Here's the our members favorite photos of "Towns & Villages in Albuquerque". Upload your photo of Corrales!

Going to Corrales? Get answers from our friendly locals