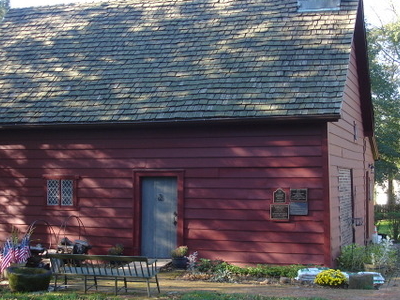 Clark is a township in southern Union County, New Jersey, United States. As of the 2010 United States Census, the township population was 14,756. The territory that would become Clark was originally a part of several of the early villages, the Robinson Plantation House and the The Squire Hartshorne House, buildings from the late 17th century are remnants of the era. The Homestead Farm at Oak Ridge was the site of a skirmish preceding the Battle of Short Hills. In 1858, after the City of Rahway was incorporated the area of present-day Clark was designated as the 5th Ward of Rahway. Clark was incorporated as a township by an Act of the New Jersey Legislature on March 23, 1864, from portions of Rahway. The Township was named for Abraham Clark, a signer of the Declaration of Independence. Portions of the township were taken to form Cranford Township (March 14, 1871) and Winfield Township (August 6, 1941).

Here's the our members favorite photos of "Towns & Villages in Chatham". Upload your photo of Clark!

Going to Clark? Get answers from our friendly locals