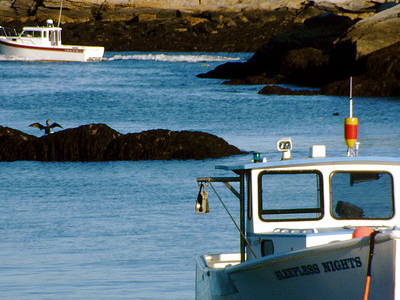 New Harbor is a small coastal village in the town of Bristol, in Lincoln County, Maine, United States. It is the home of Pemaquid Lighthouse and Fort William Henry. New Harbor was also used as a filming location for the 1999 film "Message In a Bottle." The town's lobster fisherman and "Back Cove" were featured on an episode of the Discovery Channel's "Sunrise Earth".

Here's the our members favorite photos of "Towns & Villages in Bath". Upload your photo of New Harbor!

Going to New Harbor? Get answers from our friendly locals