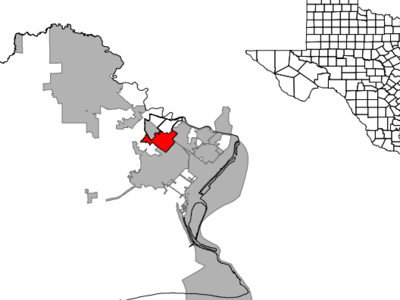 According to the United States Census Bureau, the city has a total area of 5.7 square miles (15Square kilometers), of which, 5.7 square miles (15Square kilometers) of it is land and 0.18% is water. Nederland is a city in Jefferson County, Texas, United States. The population was 17,547 at the 2010 census. The city is adjacent to the Southeast Texas Regional Airport in Port Arthur, which serves the nearby cities of Beaumont and Port Arthur. It is part of the BeaumontPort Arthur Metropolitan Statistical Area. Also referred to as the "Golden Triangle Area, due the triangular shape the bordering cities make.

Here's the our members favorite photos of "Cities in Texas". Upload your photo of Nederland!

Going to Nederland? Get answers from our friendly locals