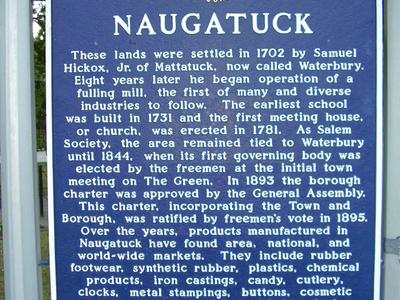 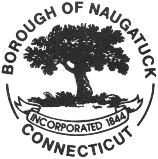 Naugatuck is a consolidated borough and town in New Haven County, Connecticut, United States. The town spans both sides of the Naugatuck River just south of Waterbury, and includes the communities of Union City on the east side of the river, which has its own post office, Straitsville on the southeast (along Route 63, and Millville on the west (along Rubber Avenue). Naugatuck was settled in 1701 as a farming community in rural Western Connecticut. As the Industrial Revolution commenced, Naugatuck was transformed into a hardscrabble mill-town like its neighbors in the Naugatuck Valley.

Here's the our members favorite photos of "Cities in New Haven County". Upload your photo of Naugatuck!

Going to Naugatuck? Get answers from our friendly locals